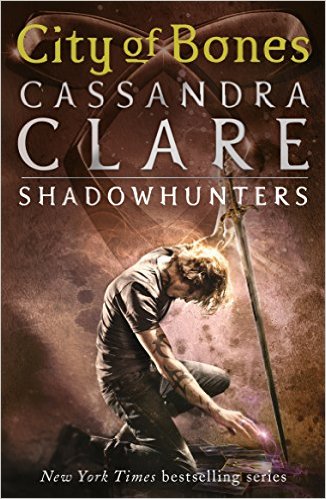 Fifteen-year-old Clary Fray is a normal teenager, or so she thinks. One night, on a visit to a Manhattan nightclub, she witnesses the murder of a seemingly innocent boy. She later finds out that the ‘innocent’ boy was a demon, and the attackers were Shadowhunters, half-human, half-angel and tasked with keeping the human world safe from demons. When Clary discovers she too is a Shadowhunter, she begins to realise that all the stories of vampires, warlocks and werewolves are true…

From the very beginning, I found Clare’s writing style very gripping, especially during the action scenes – they really came to life thanks to the vivid descriptions of setting and characters. However, when it came to explaining some of Clary’s parent’s past and the pasts of other Shadowhunters, I thought it was a little long-winded at times and I lost focus without taking some of it in.

While there were some plot holes (which will hopefully by resolved in the next books) the ending was an interesting plot twist. The rest of the series consists of five more books, and while I’m unsure whether I’ll read all of them, I will definitely be getting a copy of City of Ashes to see what is in store for Clary. In the meantime I’m going to check out the Netflix series based on the books.

Next review will be Holding Up the Universe, the latest book from author Jennifer Niven.

One thought on “City of Bones by Cassandra Clare – Book Review”