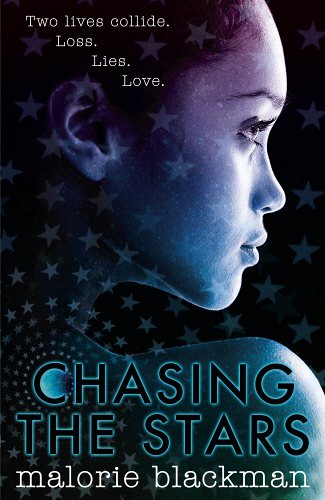 Brother and sister Aidan and Vee are travelling alone on the EV Aidan, a Spaceship, when they receive a distress signal from a group of settlers under attack from a species known as the Mazon. They welcome aboard a group of refugees – the son of their leader, Nathan, immediately falls in love with Vee. As they travel through space, they begin to question who they can trust…

In recognition of 400 years since William Shakespeare’s death, this book is based on the play Othello but set on a spaceship in the future. I think that it’s a good introduction to the storyline of the play but with a futuristic twist.

I think that the writing style was a little simplistic. Some of the dialogue had dialogue that teenagers wouldn’t really say, which made the relationship between Nathan and Vee less realistic. This was the same with the Author’s other books. Nevertheless the plot was gripping and kept you guessing what would happen next.

I liked the character of Aidan and how he interacted with others, however I found the characters of Vee and Nathan somewhat bland. They didn’t have very unique characters, which was a shame as there was some potential for some really interesting personalities there.

The book I’m reading at the moment is called The Pomegranate Tree, and I’m looking forward to reviewing it next week.

One thought on “Chasing the Stars by Malorie Blackman – Book Review”